This 161,000 SF multi-use complex was proposed for the air-rights above the existing Government Center parking facility.  The proposal transforms the present garage into a new center of activity for downtown Boston.  Included in the addition are convention facilities with function rooms, an athletic club, six cinemas, three restaurants, prime office space, and new retail shops at street level.  A three-story domed atrium, surrounded by restaurants and offices, forms the nucleus of the development and is accessible by elevators and escalators directly from street level.  A colonnaded lobby leads to the cinema complex from the atrium.  At the opposite side of the atrium is a state-of-the-art athletic club with tennis courts under an air-inflated roof, a swimming pool, exercise rooms, racquetball courts and a one-third mile, glass-roofed running track that encircles the entire perimeter of the structure.  The garage below, currently used primarily by daytime commuters, would double its efficiency by accommodating the nighttime functions of this mixed-use facility. 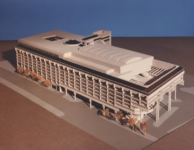 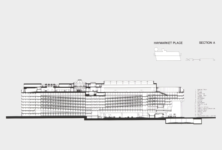 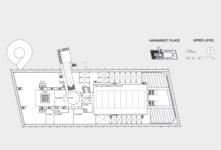 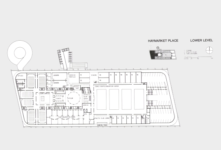